Kaziranga National Park lies partly in Golaghat District and partly in Nagaon District of Assam. It is the oldest park in assam covers an area of 430 Sq kms along the river Brahmaputra on the North and the Karbi Anglong hills on the South. The National Highway 37 passes through the park area and tea estates, hemmed by table-top tea bushes. One can even see the rhinos and wild elephants straying near the highway.

Kaziranga National Park a world heritage site is famous for the Great Indian one horned rhinoceros, the landscape of Kaziranga is of sheer forest, tall elephant grass, rugged reeds, marshes & shallow pools. It has been declared as National Park in 1974.
Kaziranga National Park is one of the last areas in eastern India undisturbed by a human presence. It is inhabited by the world's largest population of one-horned rhinoceroses, as well as many mammals, including tigers, elephants, panthers and bears, and thousands of birds.

The park is open from November to April. Tourists can take rides on elephants to move around the park or cruise in a boat on the Brahmaputra along the park. 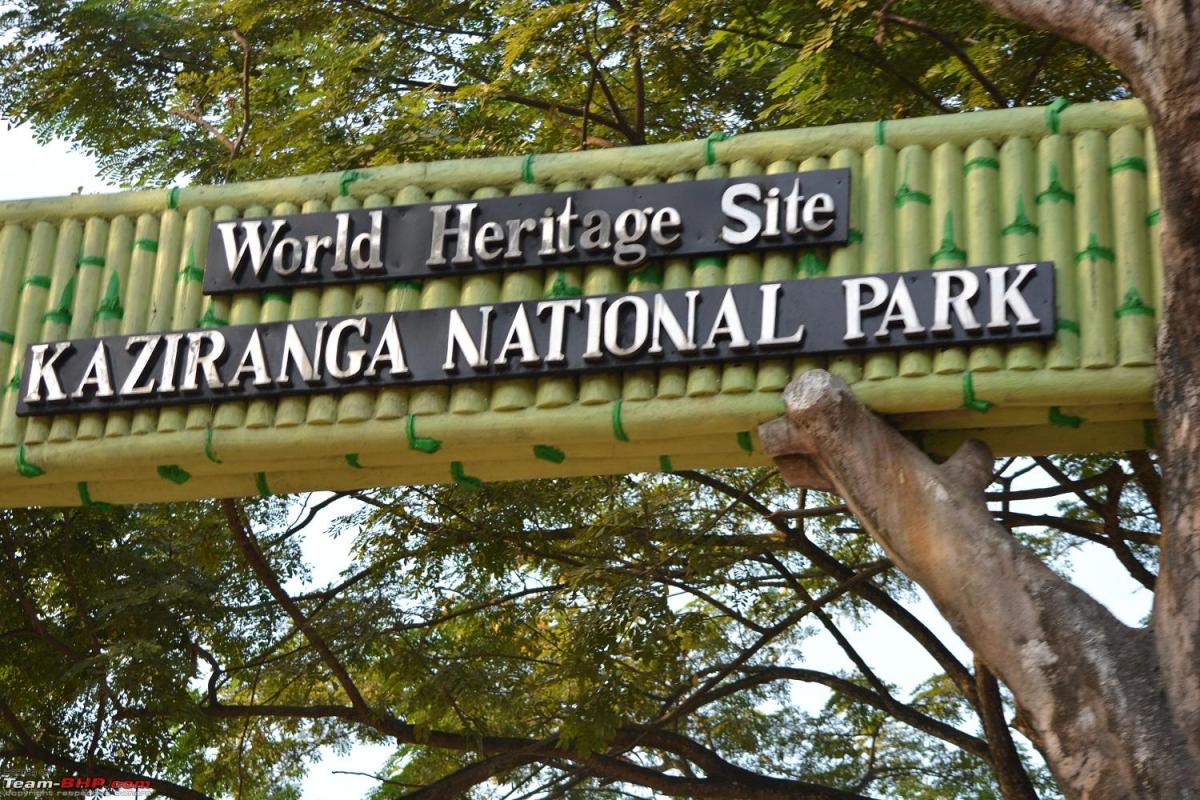 Further it; it is a mixture of natural world view such as Rhino, elephants, wild water buffalo, and swamp deer with Important Bird Area by Birdlife International for conservation of avifaunal species".

The past of Kaziranga national park The kaziranga national park, in the starting of 19th century was not well placed and well-known for wildlife animals, frequent floods. The remarkable modifications were drowned by Brahmaputra River. The title Kaziranga adopts its name to Karbi, which is the name of a woman who ruled here in ancient time.

Geographical vicinity of the park Kaziranga National Park place is a heaven for nature's fan. It has different biological biomixture of worldwide value. It is the ancient park in Assam which wraps a vast region of 430 Sq km. 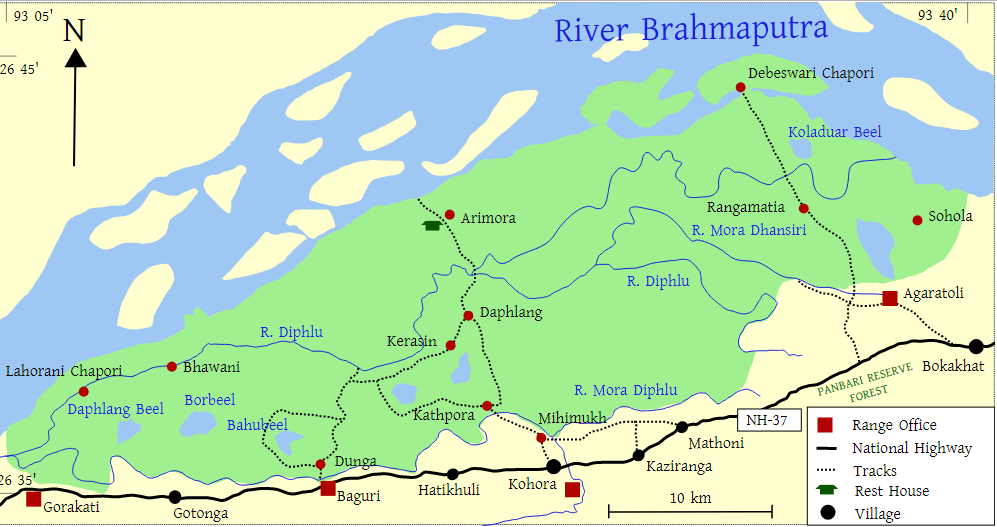 Attractions of Kaziranga The actual attraction of Kaziranga National Park is its broad diversity of wildlife beauty. The chief riches trove of Kaziranga is vast One Horned Rhinoceros, but it is also house to other species of flora and fauna for instance elephants, wild Asiatic water buffaloes, swamp deer, hog deer, gaur, sambar, Indian Muntjac and many more. After it, Kaziranga with Tiger Reserve is also attracts Ganges Dolphin. Kaziranga National park is also familiar as a significant bird watching point by Birdlife. 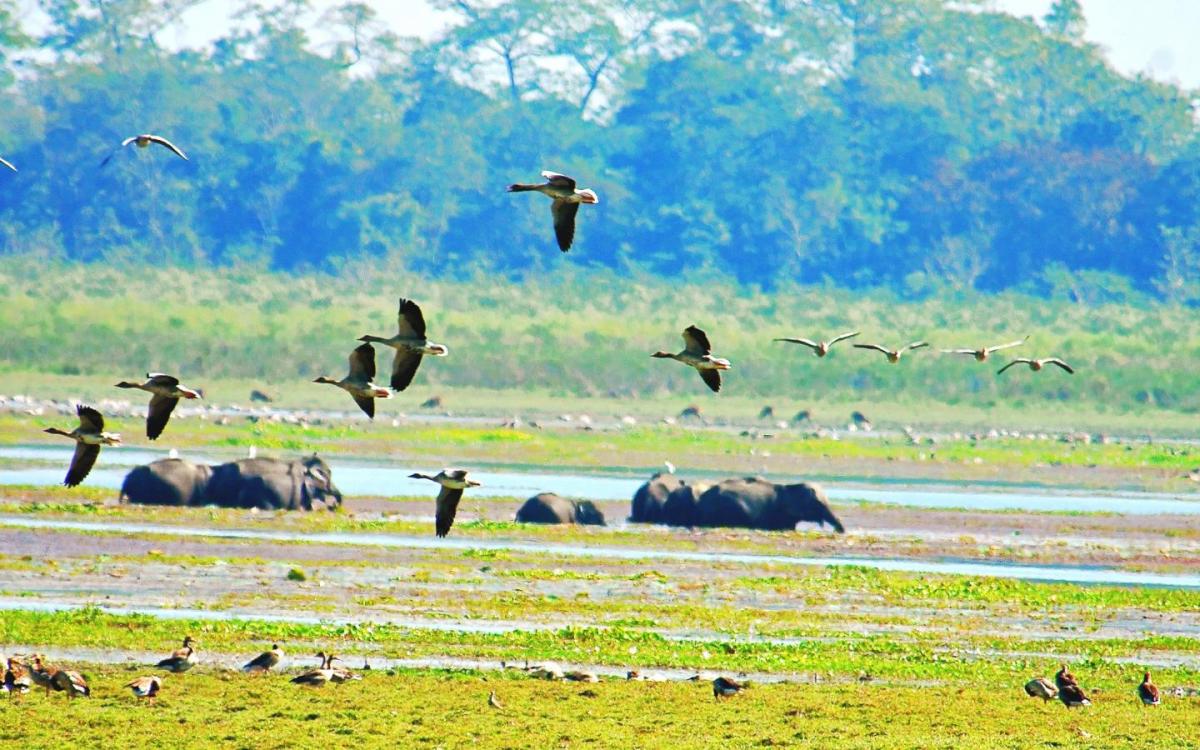 Places to spot within Kaziranga Most enjoyable seen in Kaziranga National Park is within tour able places are the whole Kaziranga Park with Jeep safari, Elephant safari. Kohora Chowk is also an important region in it. It is a bird tour place too.

The sanctuary is blessed with an picturesque landscape and many wildlife species such as Asiatic Wild Baffaloes, Royal Bengal Tigers, Indian Elephanis, Wild Boars and more than 300 species of birds.

Indian Rhino One horned Rhinocerous variety crosswise the north Indian bares in the fens of the rivers Ganga, Indus and Brahmaputra. In Assam region, their Rhino home is partial to now two national parks – Manas and Kaziranga. 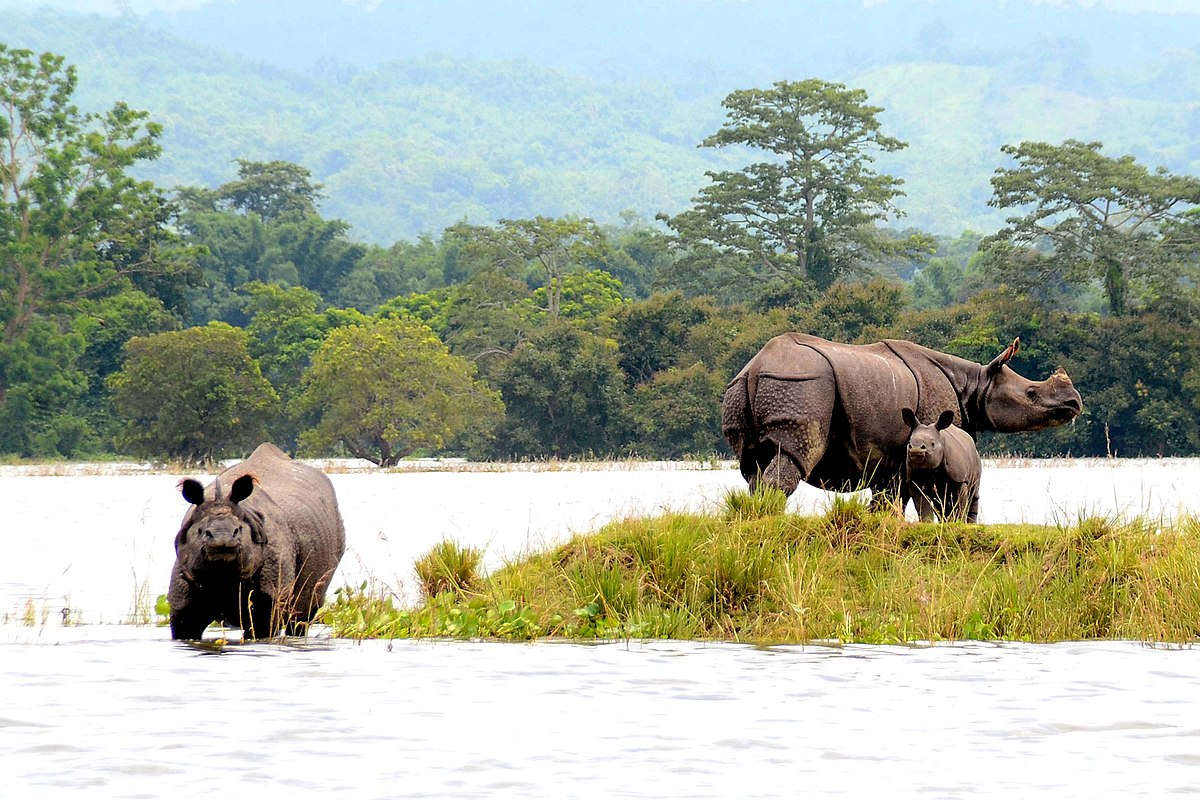 There is no improved mode to observe the forest flora and fauna than by taking an elephant safari. Ambling over the lowlands at an altitude of 9-10 ft, elephant safari is successful safari for visitors.

Jeep Safari- We advise you to trial jeep safari at slightest once, jeep safari is appropriate and safe safari in Kaziranga national park.

Nature march The nature march of national park is on foot trip into the forest. Benefit from the loveliness of the plentiful jungle packed vicinity, endeavor through the verdant coffee and rubber farms of the close by Karbi Anglong.

Birding Kaziranga national park is vastly famous for their birding. Birdwatchers have a pleasure in store at the Midrange National Park. 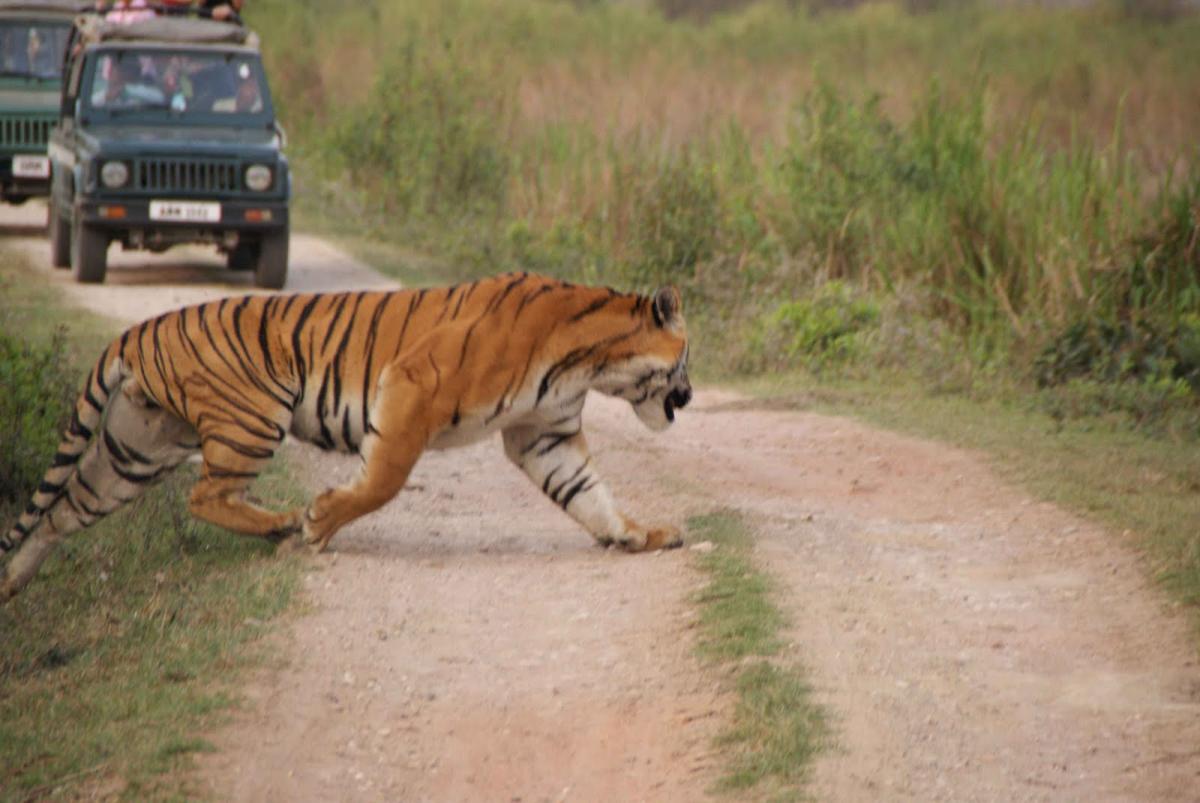 Best Time to trip in Kaziranga For visiting in Kaziranga, you can choose the time to 15th November to early on April months which is the best time for visiting you.

Permits The management of Kaziranga national park has set it mandatory for total guests to get concurrence from administration officers with the intension of tripping in the park. In case you want to a daylight journey, authorizes can be plainly attained from the personal doorways.

Rail: There are several trains plying between Guwahati and Nagaon. It takes around 2 to 3 hours to reach Nagaon from Guwahati.

Road: Nagaon is well connected by road from Guwahati. A good many numbers of buses ply between the two places. The gateway for Kaziranga Wildlife Sanctuary, at Kohora region on the NH-37, links with a handful of cafes and a little regional bazaar. ASTC and private buses end here, the root is from Guwahati, Tezpur and Upper Assam.